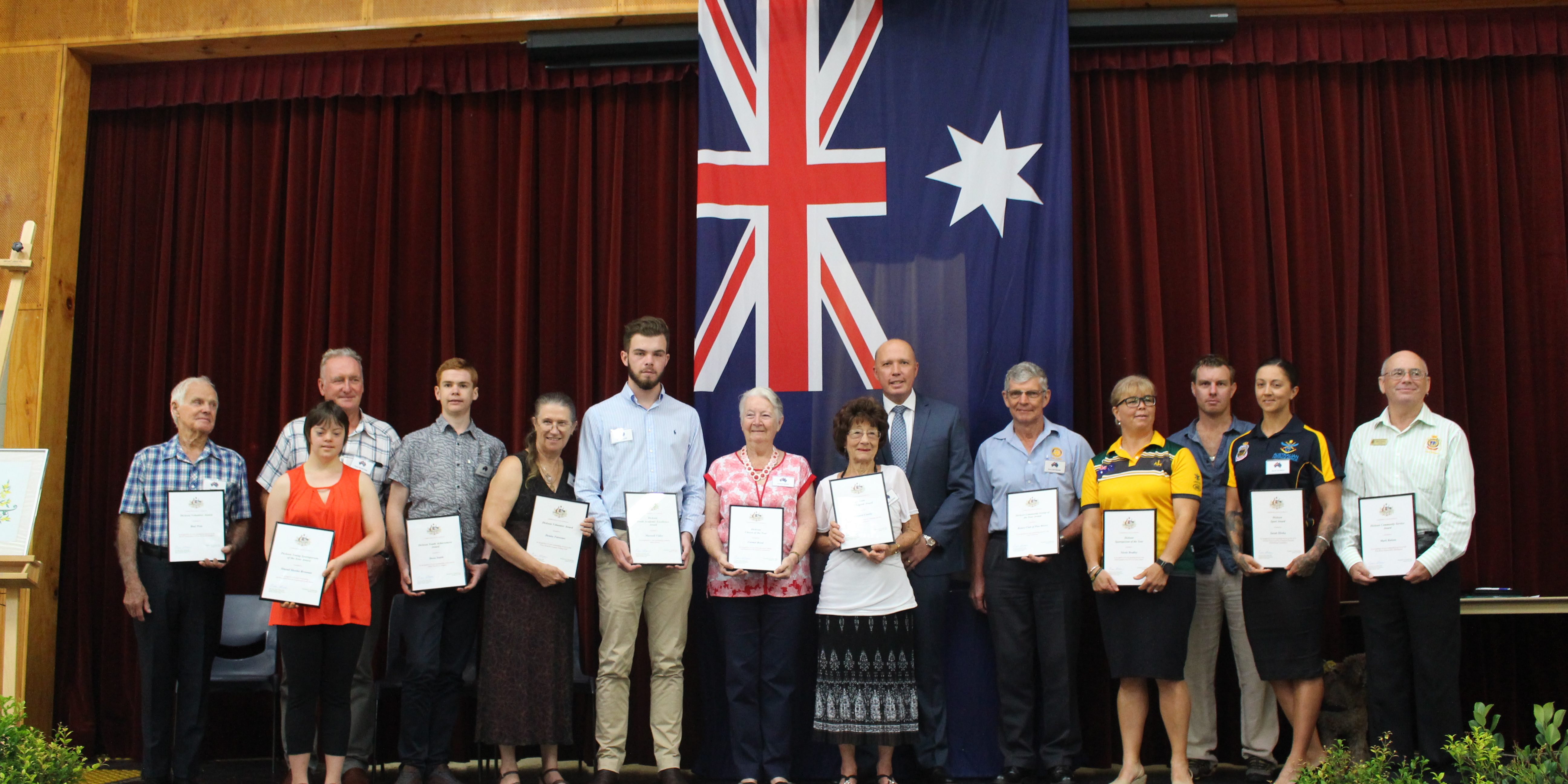 The 2019 Dickson Awards have seen outstanding local residents rewarded for their hard work and dedication to make our community. With a wide range of award winners, each making a unique contribution, 2019 has been one of the biggest years yet.

The 2019 Citizen of the Year is Carmel Bond, a stalwart of the Dayboro community.

Carmel was integral in founding the Dayboro District Historical Society, and has been its President since its foundation in 2004. She has also served as Treasurer of the Dayboro Show Society and remains involved in organising the show each year, coordinates the visitor centre and much more.

Also receiving awards were a number of Veterans and former Defence Force Personnel including Nicole Bradley, the Co-Captain at the Invictus games in October 2018, who was named Dickson Sports Person of the Year.

Several young people were also recognised for their outstanding studies and leadership qualities including Max Vidler, a Samford resident who is a recipient of the prestigious Tuckwell scholarship and received the Youth Academic Award.

The Federal Member for Dickson Peter Dutton said that 2019 was a year of great achievements for Dickson residents and that he was proud to recognise these outstanding citizens for their contributions.

“One of my favourite things each year is hosting the Dickson Awards,” Mr Dutton said.
“We have some amazing talent from our local area and it is a fantastic thing to be able to recognise the people who give their time week in and week out to make our community a better place.

“This year, we have a Dayboro community stalwart Carmel Bond as Citizen of the Year and we pay homage to her efforts to preserve Dayboro’s history and many other contributions to our community.

“I am pleased also to recognise the inspiring efforts of our veterans and other community members, who continue to serve our community in so many ways.”

Mr Dutton presented 14 awards and thanked the award winners and highlighted each of their achievements.

Award Recipients are as follows: