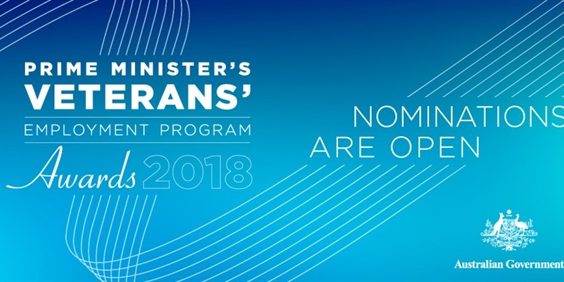 The Federal Member for Dickson Peter Dutton has called on businesses and veterans in the Dickson electorate to nominate for the inaugural Veterans’ Employment Awards.

Peter Dutton said the Veterans’ Employment Awards will recognise businesses and organisations that created employment opportunities for veterans and spouses of serving Defence members. It will also recognise veterans who had made significant contributions to their workplace.

“In the Australian Defence Force our personnel work in high-pressure environments and learn skills such as problem-solving, teamwork, leadership and the ability to adapt to new technologies,” Mr Dutton said.

“Those talents are in demand in a modern economy and I know businesses in Dickson are employing veterans and using their skills to succeed.

“I’m encouraging local businesses and local veterans to look at the award categories and nominate so their achievements can be recognised.”

IAC chair and Chief Executive Officer of Westpac’s Consumer Bank George Frazis said the Committee has made positive progress in achieving its aspiration to help veterans and their families gain meaningful employment during and after their service.  It has established the foundation for its ongoing efforts to overcome barriers to employment for our veterans, those serving in the Reserves and their spouses.

“We encourage all organisations to recognise and take advantage of the talents and skills of our veterans, such as leadership, resilience, agility and the ability to operate in complex environments.”

The categories for the awards include:

·         Leadership in Recruitment of Veterans

·         Veteran Employer of the Year – Small to Medium-Sized Business

·         Outstanding Contribution by an Individual to Veterans’ Employment

·         Outstanding Contribution by an Organisation to Veterans’ Employment

Nominations for the Veterans’ Employment Awards are open until 22 December 2017 and can be submitted at www.veteransemployment.gov.au.