VETERAN, OLYMPIAN AND PINE RIVERS OWN SANTA CLAUS AMONGST THOSE RECOGNISED AT THE 2022 DICKSON COMMUNITY AWARDS 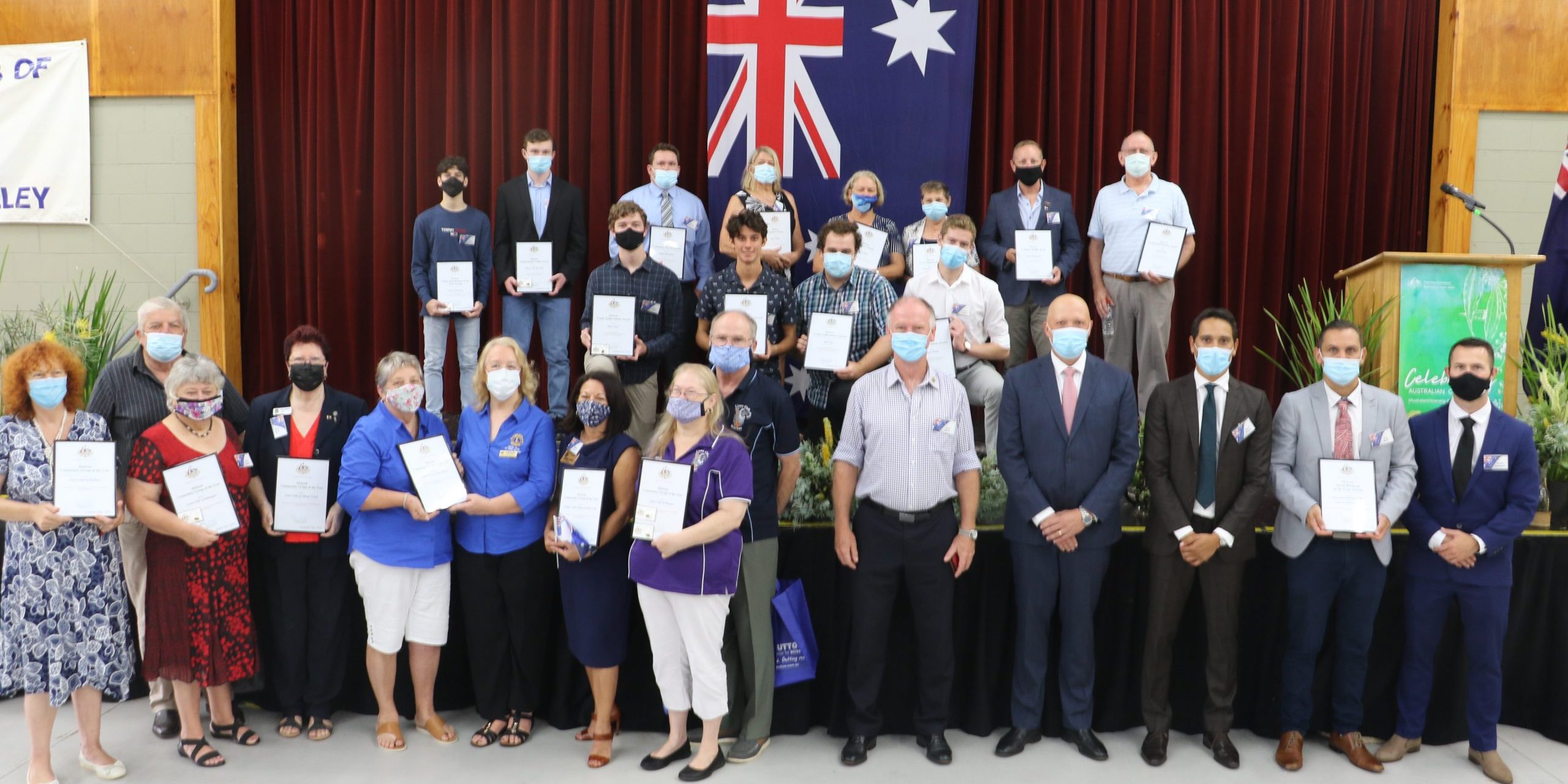 The 2022 Australia Day Dickson Awards have seen outstanding local residents rewarded for their hard work and dedication to our community and our country.

The Dickson Citizen of the Year for 2022 is John Hardgrave. After 17 years in the ADF including operational service in the Solomon Islands, Timor Leste and Afghanistan, John is now serving veterans throughout Queensland at Soldier On. A keen advocate, he is a volunteer on the DVA Younger Veterans Forum, the DVA QLD Consultative Forum and the Steering Committee for the Adelaide Veterans Welfare Hub. In addition to this, John is a coach at the Albany Creek Crushers JRLC and a volunteer surf lifesaver at the Bribie Island Surf Club.

The Small Business of the Year is Bridgeman Stainless Solutions & Amaroo Landscape Group. Based in Brendale, they are leading the way with programs to engage the indigenous community. Through the ‘One Mob Initiative’ they have helped many long term unemployed indigenous people prepare to re-enter the workforce.

With former professional footballers working in the business, they have created ‘Kickin with a Cuz’ designed to engage young indigenous children through football and encourage them to make good life choices.

Local Legend of the Year is Judy Kranen OAM. Judy is well known for her commitment to Veterans and local history. Heavily involved in honouring the Anzacs through the Anzac Memorial Avenue Committee, Judy has been leading the campaign to re-name the bridge over the M1 between Kallangur and North Lakes “Anzac Avenue Centenary Memorial Bridge”.

Sports Person of the Year is Ashleigh Gentle. A triathlete who won the 2021 National Championships, the Noosa Triathlon and represented and Australia at the Tokyo Olympics in both the Mixed Triathlon Relay and the individual competition.

Daniel Broxham received a Community Service Award. Known as Pine Rivers own Santa Claus, each year Daniel hosts an extraordinary Christmas lights display at his home in Bray Park and dresses up as Santa Claus giving out thousands of presents to local children in need each Christmas.

Federal Member for Dickson Peter Dutton congratulated all the awardees and thanked them for their service.

“From the military service and efforts to support veterans of our Dickson Citizen of the Year John Hardgrave through to Olympian Ashleigh Gentle, we have had some truly exceptional awardees this year”, said Mr Dutton.

“An extra special mention to Local Legend of the Year, Judy Kranen OAM for her work on Anzac Avenue to create the amazing memorial we have today and Daniel Broxham who has helped make Christmas special for thousands of children in our community.

“Thank you to all nominees and awardees for everything you do to make our community a better place.”

The full list of Award Winners are as follows: