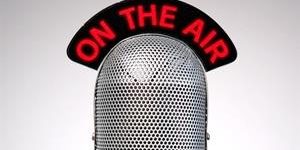 Journalist: Is Australia going to make a pledge to take more Syrian refugees?

Peter Dutton: Well Kim we’ve already made a significant pledge and that is to take 12,000 Syrians, but that’s in addition to 4,850 that we already programmed to take this year.

So Australia over the next four years will commit to taking 62,500 people through the Humanitarian and Refugee Programmes and the 12,000 will be in addition to that.

So that will place us pretty close to the top of the list in terms of people or countries who are settling people on a permanent basis.

In addition to that we’re providing significant aid and at this meeting I’m going to provide an additional pledge of $5 million to the United Nations and that builds on over $258 million that we’ve pledged since 2011.

Journalist: Sorry the UN refugee agency is urging countries to take more Syrians. Is it possible that we will take more than the 12,000?

Peter Dutton: It’s possible that we can take more into the future, but the first opportunity for us is to demonstrate that we can settle the 12,000 and that that is going to be a successful programme and that is the approach that other countries have taken, including the United Kingdom.

I think we need to demonstrate in our case to the Australian public that we can successfully settle 12,000 people and that we can make it a success story for those people who otherwise would have faced a very difficult circumstance.

Journalist: You talk about settling people and as of earlier this month only 29 Syrian refugees had been resettled. What’s taking so long?

Peter Dutton: Well what’s taking so long is that we need to go through the security checks and also because unlike say a country like Canada, Australia takes people through two streams.

One is through the United Nations referrals and those people who have been in camps have been well known to the authorities for a long period of time and they’ve been able to work up the files in relation to those individuals, conduct the security checks and health checks etc.

The second stream though for Australia is that we take people through the Special Humanitarian Programme and that is we take referrals from family members, from groups in Australia and we obviously get those names, those files cold and we need to work up those individual cases.

Journalist: You mentioned Canada. Canada’s managed to take in 25,000 refugees within the same period. So if Canada can do it that quickly why can’t Australia?

So Australia’s not going to be rushing the process and as we’re seeing right across the world at the moment, but most recently in Brussels and Paris, there are security risks in relation to the intake of any people in the modern reality.

We do know that the Assad regime is selling off Syrian passports, that people are passing themselves off as Syrian refugees and we need to work through the bona fides of each application and we’re doing that methodically.

We’ve made that very clear from the start that we are going to work through each of these cases because we want to get it right so that we can build on the 12,000 into the future and I think that is quite prudent.

Journalist: Well Malcolm Turnbull has criticised Europe following the Brussels terrorist attacks. He said that security arrangements had been allowed to slip.

How confident are you that our border protection policies, our domestic security arrangements will prevent a similar attack from happening here?

Now in Europe I think – and particularly in Brussels, in Belgium – I think it is a fair criticism that the Prime Minister makes and that is that agencies need to work together, they need to accept that there’s been a failure by definition given the tragedy of the most recent event.

The agencies need to work more closely together and that is what happens in Australia. Our Australian Border Force is world class and we work very closely with ASIO and ASIS as well as the Australian Federal Police and international agencies otherwise and we have a very sophisticated border security network.

We work every day to make sure that we keep the Australian public safe.

Journalist: Airport strikes are resuming today. They were delayed last week in the aftermath of the Brussels terrorist attacks. Any concerns that that will compromise national security?

Peter Dutton: Well it is a concern and I called on the unions last week to suspend their strike action.

The threat hasn’t passed within a couple of days following the Brussels attack. The threat for our country like any Western democracy is very real and it’s not only a threat of terrorism, but it’s a transnational crime, it’s the importation of ice, precursors for drugs otherwise that cause misery to young Australians.

I do call on the unions please to respect the fact that we have a very important job to perform at our frontline border protection facilities and both at our ports and airports.

There is a very, very crucial role that needs to be undertaken and these rolling strikes aren’t welcome and I hope that they come to an end sooner than later.

Journalist: Minister, thank you very much for speaking with AM.

Peter Dutton: Thanks so much Kim, thank you.