Australian National Flag Day, proclaimed in 1996 as a national day, celebrates the first time the flag was flown on 3 September 1901.  On that day Prime Minister Edmund Barton announced the winners of a competition to design a flag for Australia. A large flag, 5.5 metres by 11 metres, was flown over the dome of the Exhibition Building in Melbourne.  At that time the flag was known as the Commonwealth blue ensign; later, the flag became known as the Australian National Flag.

History of the Australian National Flag:

1 Jan 1901 Federation formation of the Commonwealth of Australia.

3 Sep 1901 Prime Minister Sir Edmund Barton raises the large blue national flag, measuring 11 x 5.5 meters over the first Parliament House, Melbourne Exhibition Centre. The original flag was slightly different to its present day form (which started in 1908), in that each star on the original flag had a unique number of points. The red ensign is designated the flag of the Merchant Navy at the same time.

Feb 1903 King Edward VII officially approves the Australian Flag(blue ensign) and Red Ensign for Merchant Navy shipping. The stars of the Southern Cross are standardised, with the 4 large stars each 7 points and the smaller star remaining at 5 points.

1908 The Commonwealth star is changed from 6 to 7 points, with 6 points representing the states, and the 7th point representing all territories, becoming the flag as we know it today.

Aug 1914 The flag is used for the first time in war (WW1) when flown over Queenscliff Fort, Victoria. The fort opened fire to prevent the German steamer, Pfalz, from leaving port. It was the first shot fired in the Great War.

Mar 1934 Commonwealth Government Gazette features a line drawing of the exact specifications of the Australian flag and the Red Ensign.

Dec 1953 Flag Act: The Blue Ensign is confirmed by legislation as the chief national symbol by law, custom and tradition and its official title becomes the “Australian National Flag”

The five winners of Australia’s Federal Flag competition announced by our first Prime Minister, Sir Edmund Barton, on 3rd September 1901 when our flag of “Stars and Crosses” was flown for the first time: 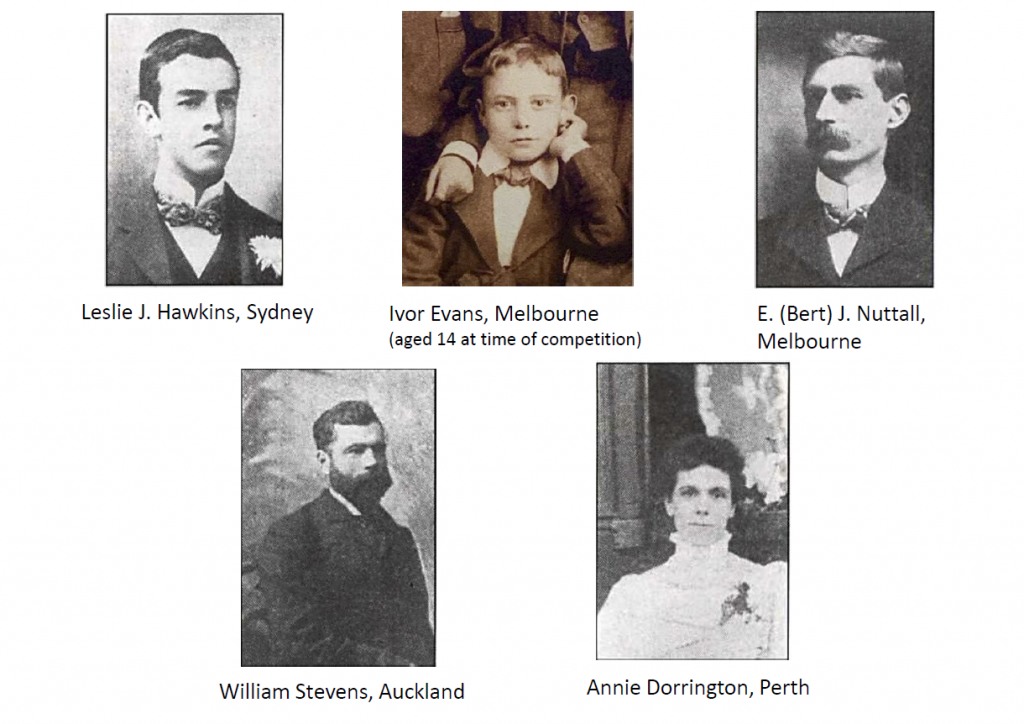 How you can get involved on Australian National Flag Day:

• Conduct a flag-raising ceremony.
• Business and organisations which don’t have a flagpole may wish to display the Australian National Flag in the public areas of their buildings, such as foyers.
• Read about the history of the Australian National Flag and the protocols for flying the flag here.
• Join the Commonwealth Flag Network.
• Celebrate the day and the flag’s history on social media.