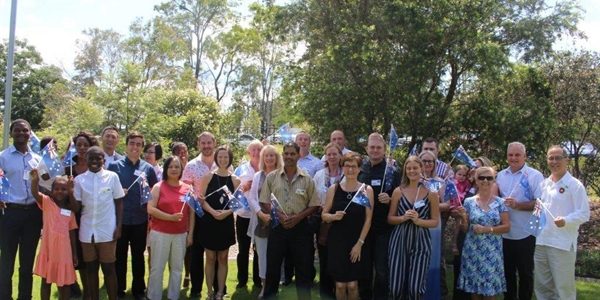 The new year is well and truly underway with children back at school and all of us back into our work routine.

After Christmas and New Year, Australia Day looms as an important date on all our calendars. I was privileged on Australia Day to attend Samford Rotary Club’s Citizenship Ceremony and as Minister for Immigration preside at this event where 33 people from 14 nations proudly chose to become Australian citizens.

They were among some 16,000 people nationwide who took this important step on Australia Day – the most popular day of the year for people wanting to join our nation and take the pledge of citizenship.

I think it’s always a good time for all of us to reflect on our nation and what it means to be Australian and I think the words of the oath our new citizens take, says it simply and eloquently – From this time forward, under God, I pledge my loyalty to Australia and its people whose democratic beliefs I share, whose rights and liberties I respect, and whose laws I will uphold and obey.

I congratulate all those who became citizens on Australia Day and welcome them to our great nation forged over thousands of years, firstly through Aboriginal and Torres Strait Islander people and then more recently with people from the four corners of the world.